As construction costs remain high amid labor and supply shortages, a Tucson developer is looking to new technology to bring a rental home community to Tucson’s north side.

The small housing development will use prefabricated walls made in Tempe and then “popped” into place on site.

Developer DSW Commercial Real Estate is planning the project at 1100 W. River Road and has contracted with Tempe-based HercuTech to provide the panels for the new homes.

Called HercuWalls, the panels are made of concrete, steel and expanded polystyrene foam and eliminate about 60% of the wood in a traditional build, said company CEO Jason Rhees.

The panels are manufactured to customer specifications in Tempe then transported to the construction site, numbered.

“Installers just need to place it on the slab in sequence,” Rhees said. “The system does not require as much skilled labor, which is not readily availability in the market right now.”

The panels are light enough for one person to carry and eliminate about two-thirds of framing labor needs. Rhees said there is no standard size but the company mainly works with developers who are doing projects with repeatable plans, making multiple units over and over again.

“Each panel has a tongue and groove and they slide right into each other,” Rhees said. “It makes the system more airtight than traditional systems with up to 40% reduction in utility bills.”

Currently, HecuTech has about 10,000 units in design across Arizona.

“We focus on doing business with like-minded customers because sustainability comes from the energy efficiency,” Rhees said. “There’s no job site waste – whatever is delivered is used.”

Leftover material at the manufacturing plant is recycled and repurposed into patio furniture.

“Developers have been looking for better ways to build,” he said. “This could one day be a complete replacement for lumber construction.”

Because of the energy efficiency, developers who use technology such as HercuWalls are eligible for tax credits of between $2,500 and $5,000 per unit.

Tucson market,” Rhees said. “We recognize the opportunities that exist in Tucson.”

Now the Tucson-based developer is turning its attention to housing.

La Vida at River will have 29 homes with some solar features to complement the energy efficient HercuWalls, along with garages, a community pool and outdoor barbecues and gathering areas. It is the first of four housing communities DSW plans to bring to the Tucson market with HercuTech technology, said DSW CEO Michael Sarabia, who along with his business partner James Hardman, is developing the project.

They connected with HercuTech through a mutual friend and visited its manufacturing site.

“They were making these things like Legos,” Sarabia said. “I kept watching the workers and thought, “This can’t be possible.”

The cost of traditional lumber builds were becoming prohibitive, which is why DSW started exploring alternatives.

The River Road project is under construction and expected to be open for lease at the end of summer 2023.

Rents will be determined by the market at the time of completion, but in line with the rents in the surrounding area.

Sarabia said he was drawn to the waste reduction of using prefabricated walls. “Framers come out to a site and they cut and chop and, at the end of the day, they haul off all this waste,” he said. “We’re Tucson guys and we love what we’re doing and want something that we’re proud of and helps the environment.”

What you can read next 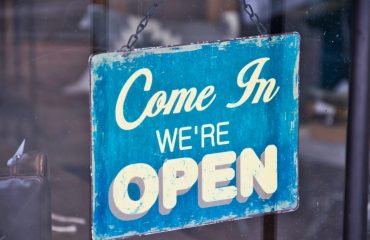 The Future of Office Space