Our Team and Advisory Board

THE COMPANY | OUR HISTORY | OUR TEAM & ADVISORY BOARD

Michael A. Sarabia, CEO of DSW Commercial, developed and implemented DSW’s investment platform and strategy in the western United States. Prior to this investment platform, Michael worked on ground-up commercial real estate development with expertise in entitlement and construction. His extensive knowledge and experience in the areas of pre-development and due diligence have been a valuable asset in underwriting targeted investments. Michael brings a “hands-on” approach to this course of action. Michael’s ability to identify market voids and conduct in-depth feasibility studies coupled with his understanding of area demographics is the cornerstone of DSW Commercial. He has the experience necessary to navigate the complex equity and financing components of acquisitions. Michael is a graduate of the University of Arizona, a licensed broker in the state of Arizona, a member of Southern Arizona Leadership Council (SALC) and a member of the International Council of Shopping Centers (ICSC). 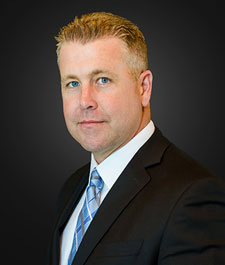 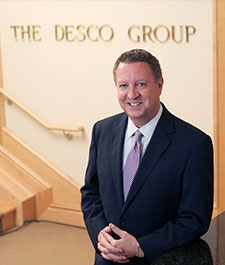 Mark J. Schnuck graduated from Maryville University in 1980 with a bachelor’s degree in management and is a licensed real estate broker in the states of Missouri, Illinois and Kansas. After serving in a variety of positions at Schnuck Markets, Inc., Mark became senior real estate officer in 1989.

In 1993, Mark became president and CEO of the newly formed real estate company, The DESCO Group. He quickly succeeded in taking a corporate real estate department and turning it into a full-service commercial real estate development company. The DESCO Group still manages, leases and develops the Schnuck Markets portfolio, although the company has found success in many other aspects of the real estate industry.

Mark led the company to the next level by venturing into other retail development, including non-grocery anchored shopping centers. Kirkwood Commons is one of most notable of these in the St. Louis metro area, but The DESCO Group has stepped outside the immediate area and is currently developing retail centers in Arizona, Missouri, Michigan, Florida and Illinois. In addition, the company is exploring opportunities in several other states throughout the country, including Colorado and Nebraska.

In order to maximize the services The DESCO Group offers, Mark formed a sister-company, NAI DESCO. At this company, he leads a team of experienced commercial and industrial brokers in serving the City of St. Louis and 13 surrounding counties in Missouri and Illinois. The firm offers clients access to more than 3,000 NAI commercial brokers in more than 300 markets worldwide.

In 2001, Mark formed DESCO Southwest in Tucson, Arizona, and added another office in Phoenix in 2003. At a young age, the company was involved in several major development projects, including a mixed-use office and retail development, Stapley Corporate Center, and a unique office complex of nine free-standing buildings, Skyline Esplanade, in a highly desirable area at the base of the foothills in Tucson, Arizona. In addition, DESCO Southwest spearheaded the historic redevelopment component of the Phoenix Bioscience Center.

Ever focused on his commitment to St. Louis, Mark belongs to numerous organizations and serves on several boards throughout the area. He is commissioner, and former chairman, with the St. Louis Zoological Park and former chairman of the St. Louis Zoo Board of Trustees. He serves on the boards of ​Community School and John Burroughs School. He is also involved with the Fair St. Louis Foundation and serves on the Salvation Army Advisory Board. In addition, Mark is a member of the International Council of Shopping Centers (ICSC), the St. Louis Association of ARealtors (SLAR) and the Urban Land Institute (ULI). 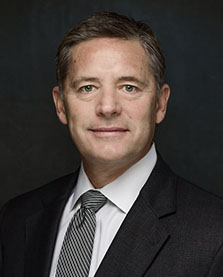 Scott Sachtleben identifies and implements US Capital Development’s strategic vision, initiatives, and real estate opportunities. He also oversees all of USCD’s operations and partner relations. With Mr. Sachtleben, the USCD organization is dedicated to providing certainty of delivery in quality, cost, and timing for its real estate and capital partners for successful, long-term relationships.

He earned a Bachelor of Arts in Economics, with Highest Honors, from Southern Illinois University in Carbondale, as well as a Juris Doctorate from Vanderbilt University in Nashville, Tennessee.